Everything You Need to Know About Amazon’s Sidewalk Policy 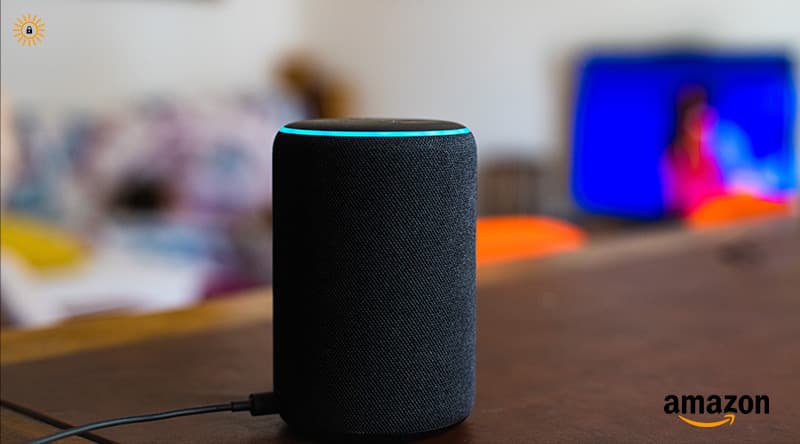 Amazon has eyed the smart home market for years, especially since the launch of Alexa in 2014. However, the tech giant now has a bigger vision of implementing smart neighborhoods. In 2019, Amazon announced an initiative titled ‘Amazon sidewalk.’ This initiative aimed to use low-energy Bluetooth and 900 MHz signals for long-distance data transfers, exceeding Wi-Fi capabilities. Individuals who already have Amazon devices such as Ring, Echo, Alexa, etc., will be automatically enrolled on Amazon sidewalk. Although, there is an option to opt out of this automatic enrolment.

This initiative will be launched on June 8th, 2021, and will notably not require any hardware. Amazon created the absence of hardware requirements for short-range use-cases, such as pairing devices for software updates to the existing Ring and Echo devices. All users with these devices can use 900MHz connections to extend their smart home broadcast range by distances of up to half a mile.

Many smart devices at home rely on Bluetooth and Wi-Fi connections to function seamlessly. However, Bluetooth and Wi-Fi connections have a small range within a designated space, and a stable and long-range connection is required for smart devices to operate efficiently outside a designated area. Following customer suggestions, Amazon research teams developed a solution known as ‘Amazon sidewalk.’

This new initiative introduces a shared low-bandwidth connection that promises to enhance connected devices’ functionality and help locate misplaced devices. According to Amazon, the shared network connection operates as a pooled resource between neighbors seeking advanced connectivity for digital activities. This Amazon sidewalk initiative enhances the (shared) network connectivity of smart devices on a practical level. It simplifies the setup procedure of new devices by extending their bandwidth within low-working ranges.

Additionally, Amazon intends to use the sidewalk policy as a backbone to introduce digital experiences for sidewalk-enabled devices operating within smart home systems.

Amazon’s Sidewalk policy helps devices in attaining and retaining network connections to the internet. For instance, while a user uses the Echo device and loses connectivity to the Wi-Fi, Sidewalk can reconnect the device to the broadcasting router. For the Ring devices, motion alerts and notifications can be relayed from the security surveillance cameras.

In addition, the support team can still perform troubleshooting tasks regardless of whether the device is still connected to the network or not.  It also has the capability of extending the functioning range of the devices that are Sidewalk-enabled. These include the smart locks, the pet indicators, and the smart lights. This means that such devices will remain connected to the network, thus enjoying uninterrupted operation across longer distances. Amazon will offer all of these ‘sidewalk’ features at no cost to its customers.

Currently, numerous Echo devices, Ring Floodlit cameras, and Ring Spotlight Cams can contribute a tiny fragment of their network bandwidth to create a shared network through pooling. It also uses 900 MHz and other frequencies to facilitate Bluetooth-related operations and increases network coverage strength.

Many security experts have expressed data security and privacy concerns for the user during Amazon’s Sidewalk policy. As such, Amazon addressed said data privacy and security concerns through a detailed whitepaper. According to Amazon, its Sidewalk policy accounts for the security loopholes that malicious actors could exploit. Therefore, its engineers incorporated data security and privacy protocols into the networking frameworks that the Sidewalk technology.

In addition, devices connected via Amazon Sidewalk leverage the zero-trusted framework to ensure that only uniquely identified credentials can join a shared network. This protective mechanism helps to deter unauthorized users.

Smart homes are no more science fiction debates or things of the future. The Amazon Sidewalk policy will play the role of the first brick in the transition towards the smart communities, often named Smart neighborhoods. With all the technological advancements, ambiguities and privacy concerns follow the suits to make things controversial. Still, Amazon has also made it easier for people to opt-out of this program if they feel unprepared.

It is certain that once security concerns are appropriately addressed, Amazon’s Sidewalk policy has many promises for the future. Amazon hopes to improve the coverage, offline functionality, and troubleshooting of the newly introduced sidewalk policy. Even though Amazon’s sidewalk policy is the newest of its kind, but let’s hope that the future holds some exciting news for us.